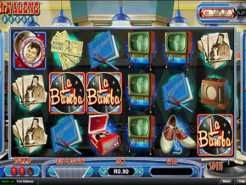 Play Now
If there’s one online casino games provider that you can always count on, no matter what, it’s Real Time Gaming. Forged in the early days of slots and Table Games in the online space, they’ve managed to capture the market and continue churning out some of the best games around. Ritchie Valens La Bamba slot is a hat-tip to the Mexican great, Ritchie Valenzuela, who graced the American public with Spanish rock, and etched his name into forever with the absolute hit, La Bamba. Unfortunately, Valens died in plane crash that also claimed the lives of the Big Bopper and Buddy Holly, and erased the magnificent future of Rock n’ Roll - although it has not fared too shabbily with their passing. Now, on to the slot, itself. Ritchie Valens La Bamba Slots possesses 6 reels and numerous ways to win because it is the rare All Ways Pay type. This means that the symbols can appear in any horizontal order; right to left or left to right, in order for you to capture the win. The maximum possible payout is a big 6,000 times your betting amount. As for the game benefits, there are Wilds, Scatters, Free Spins, Multipliers and mobile device compatibility. The Golden Age of Rock is back in full effect with the background tunes, as well as with the musical symbols and intonations that serve as reel icons. And the star of it all is the immortal Ritchie Valenzuela. You’ll find spinners, gramophones, guitars, dancing shoes, concert tickets, signed records and autographs on the reels. The Wild symbol is of course Valens, himself; he can replace any other symbol to help you complete a winning payline. There is one symbol, however, that he cannot substitute in for (in fact, the Wild symbol is used interchangeably with the Substitute symbol), and that is, in this slot, the signed La Bamba Record. When the Wild symbol does substitute, there’s the added benefit it has of doubling the payout associated with that combination of symbols. Just as the Wild symbol activates doubled payouts, the Scatter symbol also has special features: for one, it triggers the game’s lone feature: the Free Games Round. To get this, you need a minimum of 4 signed La Bamba Records icons in any direction. You can get up to 20 Free Games in this manner; if you are blessed with 5 Scatters, then expanding wild symbols will appear on the reels to your benefit. If you really like Ritchie Valens La Bamba slots, then try out the Big Bopper slots which is also by Real Time Gaming. It runs beautifully on the smaller screen of your mobile device, which allows you to play anywhere without a loss of clarity. Download today.
Play Now 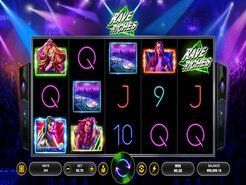 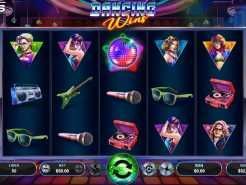 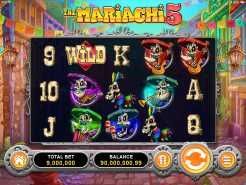 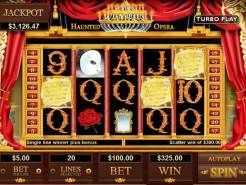 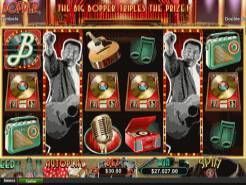